Here’s some information about volcanoes on Mars:

Alan Mole, an RMMS member, donated prizes for the Mars Society to hold a contest for the best proposal for a Mars colony of a thousand people. Here is his summary:

It was very successful. The Mars Society received 101 papers, almost all being twenty pages. I was tapped to judge the first twenty, and many had original and pertinent ideas. One group noted the required structural thickness of a pressure vessel is proportional to the pressure contained, so for minimum weight the habitats and greenhouses should hold the minimum pressure that humans can breathe indefinitely. They researched this, and found that with enhanced oxygen this was 0.27 atm (96% oxygen and 4% nitrogen). Thus we can save almost 3/4 of the mass of the habitats and greenhouses we must bring from Earth. There were other good ideas in the twenty papers I read, and there must be many in the other eighty one submissions. For the amount of the prizes ($17,500 in total) this was a great bargain.

I plan to do it again next year, perhaps for colony of a million. The larger lesson is that prizes work.

Our chapter was well represented in the contest – 5 of the 10 judges are RMMS members.

The Mars Society published the list of finalists earlier in July, and the winners will be determined at the next Mars Society convention after additional presentations and judging.

Congratulations to the finalists and a huge thank you to Alan for his prize contributions!

A challenge from NASA to build a 3D-printed habitat for Mars began in 2015 and has been drawing interest from several major organizations to compete in various stages and phases. Currently in the final stage, the competition will end on May 4 and the final competition events will be streamed live on NASA TV on May 3 and 4.

Here are some of the highlights from previous stages:

Mars Talk is a new podcast from The Mars Society, the world’s largest non-profit organization dedicated to sending humans to Mars. Billed as “A community discussion about humanity’s future in space”, the biweekly Mars Talk podcast features Mars Society chapter leaders and other guests to discuss the Society’s activities. The podcast will also provide commentary on recent space news, such as commercial space activities and those of the worldwide space agencies.

The first episode of Mars Talk was recorded on Friday, April 12th and is hosted by Christopher Tarantola from the Mars Society’s Chapter & Outreach team. Christopher is joined by two co-hosts: James Burk, the Society’s IT Director and organizer of the Seattle chapter, and Lucinda Offer, the Society’s Executive Director and organizer of the UK chapter. Christopher, James, and Lucinda provide commentary on the recent NASA return to the moon announcements, SpaceX & Boeing’s commercial crew activity, the recent Falcon Heavy launch of ArabSat-6A, Israel’s SpaceIL mission to land on the Moon, India’s anti-satellite test and its aftermath, and several other current space-related news items. In addition, Lucinda provides an introduction to the Mars Society and the recent projects and activities done by our worldwide network of chapters.

This year will mark the 50th anniversary of the moon landing, so what better way to celebrate this historic event than to learn more about the moon with augmented reality? AstroReality is an app that uses augmented reality (scanning an object and providing feedback based on that object) to provide clickable links of images, historical and other data. You can get the whole solar system, but the 3D objects are expensive and the moon poster can be printed for FREE and even works if you scan it from a screen (don’t necessarily need to print). A tablet would be best because of the larger screen to see the information, but even a phone would work. 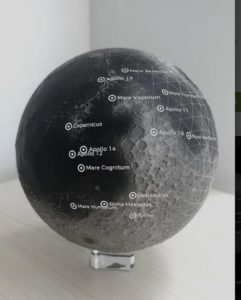 Just download the app, click on the moon button, say you printed the poster, and scan the image below. Then you can rotate the moon on the screen, click links, etc. 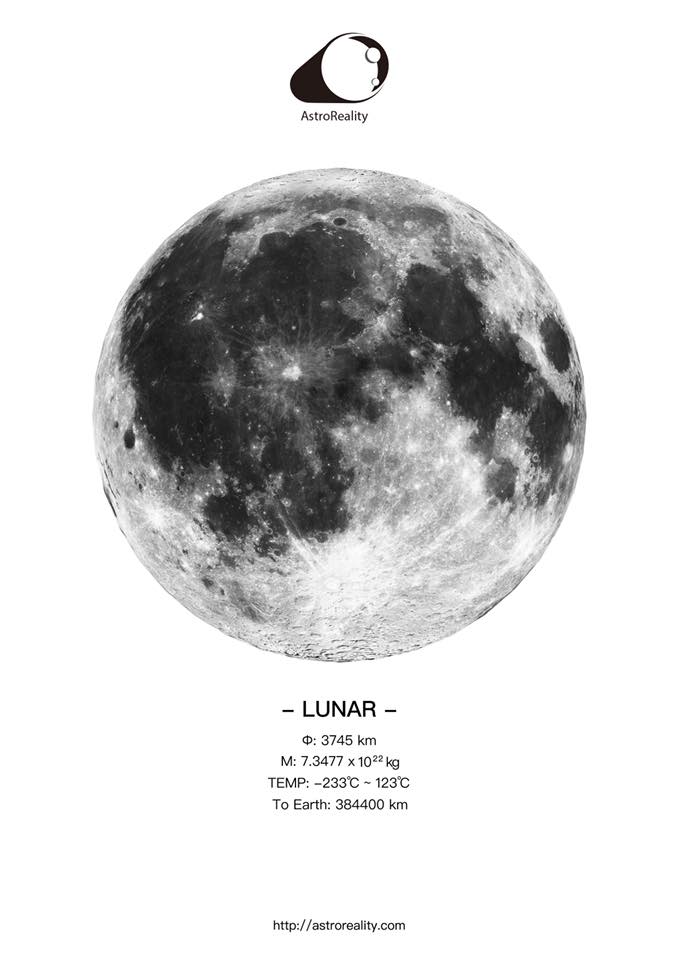 The AstroReality website has more information and an option to buy the 3D objects (including Mars!) if you so choose, but even the free version is so cool!

And if you enjoyed that, they also have an Earth app that offers some neat interactive models of our planet for free that even show the interior.

There are no upcoming events at this time.